The Wedding First Fight Box is a cute idea that I wanted to share with you for Valentines Day. I first found out about this when one of my couples, Vladimir and Valentina came to see me to plan the details fo their wedding day. They’d found this idea on the internet and wanted to include it in their big day. It goes a little something like this….

Each of you should write a letter to your partner (I know, old school eh!). In the letter, you can remind them why you fell in love with them in the first place, qualities you admire in them and anything else you want to say. Important – DON’T share the letters with each other! On your wedding day, place the two letter, unread in a beautifully engraved wooden box along with a bottle of wine, champagne or a similar tipple you both enjoy.  Vlad & Valentina chose strawberry schnapps. 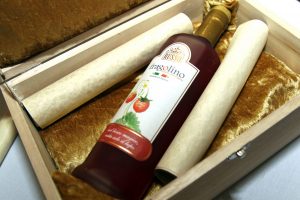 The bride and groom are then presented with a hammer and some nails. In front of your friends and family you’ll be encouraged to take it in turns to nail your wedding first fight box shut. When it came to sealing Vlad and Valentina’s box, I explained to their wedding guests that they would only open the box in the event of a marital emergency! So when they’ve had their first blazing row, they should reach for the box, prize it open, read the letters and share the drink. As a way of making up after an argument goes, I think you’ll agree it’s a pretty fabulous one.

Whilst it’s an idea with it’s tongue firmly planted in its cheek, some of my couples run a country mile to avoid mentioning fights and arguments on their big day. So as an alternative, why not turn the box  into your very own 10th Anniversary Box.  James and Hannah did exactly that at their Bradbourne House wedding last summer. 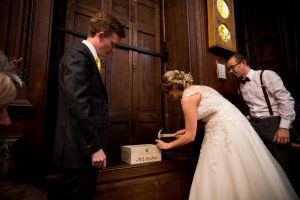 Where does the first fight box fit into my wedding day?

I should point out, this idea isn’t for everyone. However, for the right couple it can really add something different and a touch romantic to their wedding. Traditionally, the bride and groom’s first joint project as a married couple is the cutting of the wedding cake. However, I’m finding that  many of my couples are moving away from having a traditional cake. They’re opting instead for alternatives like a tower of cupcakes, wall of donuts or nothing at all! So why not have your very own Anniversary Box or First Fight Box instead? For those couples still including a cake in their plans, the box ceremony dovetails really nicely with the cake cutting. One minute you’re wielding a cake knife together, next minute it’s a hammer!!

If the wedding First Fight Box has sparked your interest then get in touch with me and let’s have a chat about how we can make your day extra special. I can even source a box for you and arrange the engraving.

Thanks to Ed Solly Photography for the pics. 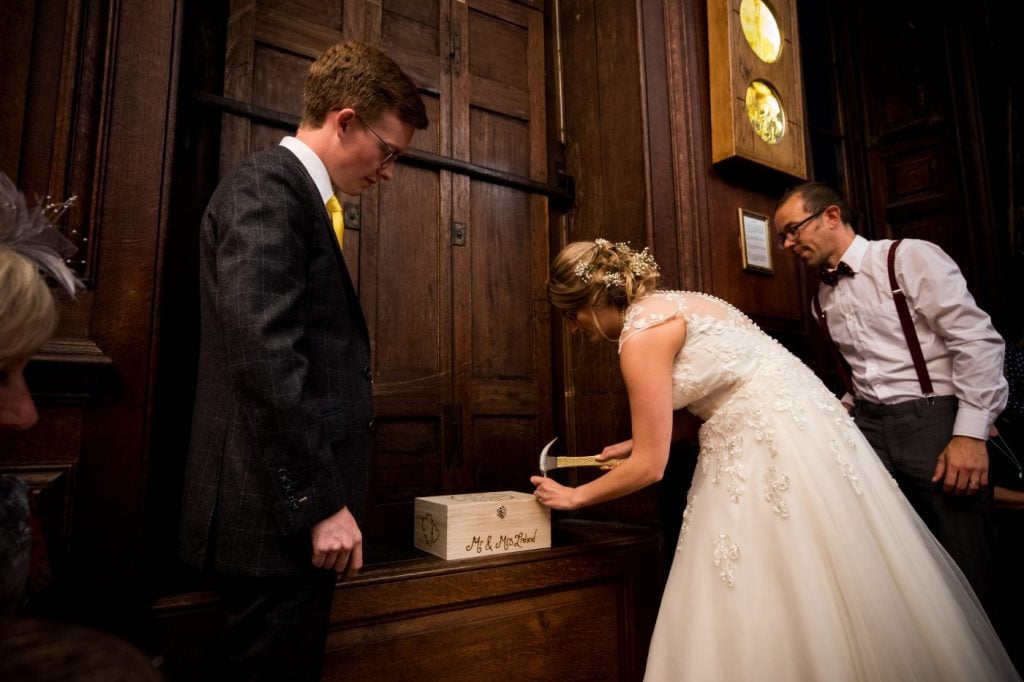 Share on TwitterShare on FacebookShare on PinterestShare on LinkedInShare on E-mail
Posted in Master of Ceremonies Kent, Things, Wedding Ideas, Wedding Tips, Weddings 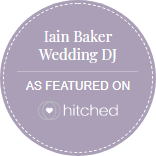